You are here:
Genel 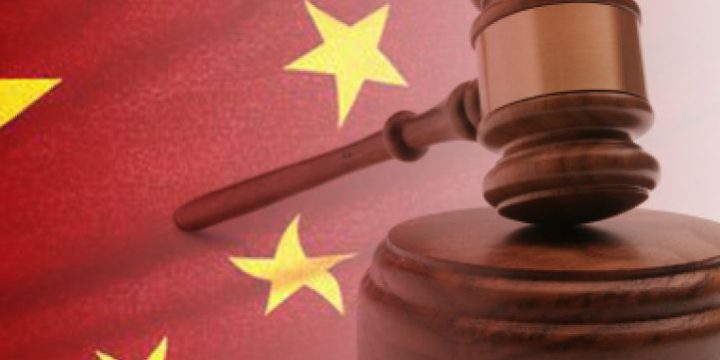 The Chinese Supreme People’s Court will set up international courts in Beijing, Xi’an, the capital of Shaanxi Province and Shenzhen.

China has decided to set up three international courts to deal with disputes related to its multi-billion dollar Belt and Road Initiative (BRI), under which it is making massive investments, according to official media in Beijing today.

The Xi’an court in Northwest China will handle cases related to the Silk Road and the Shenzhen court in South China with those related to Maritime Silk Road disputes. Beijing will be the headquarters.

The plan to establish a mechanism to legally resolve trade and investment disputes arising from issues related to the BRI was approved during the second meeting of the Leading Group for Deepening Overall Reform in the Congress of the ruling Communist Party of China (CPC).

China says over 60 countries have signed up for BRI investments. The BRI includes the China Pakistan Economic Corridor (CPEC), over which India has protested as it traverses through Pakistan-occupied Kashmir (PoK).

Proposed by Chinese President Xi Jinping, the BRI focuses on connectivity and cooperation between Eurasian countries, primarily with China.

It is not yet clear how the three courts will deal with cases from different countries which have diverse legal systems.

A dispute settlement mechanism will be created on the basis of China’s current judiciary, arbitration and mediation agencies, and by absorbing and integrating legal service resources home and abroad, according to a statement issued after the CPC meeting, the state-run Xinhua news agency reported.

Members of the group had called for equal protection of the rights of both Chinese and foreign parties to create a stable, fair and transparent law-based business environment, the report said.

The current system to solve disputes was “complicated, time-consuming and costly”, Wang Yiwei, director of the Institute of International Affairs, Renmin University of China, told the Global Times. “It applied laws from Western countries and used English as the common language.”

Building a dispute mechanism was “difficult”, Bai Ming, a research fellow at the Chinese Academy of International Trade and Economic Cooperation, told the Global Times, “as many countries that joined the initiative have different legal systems, social and cultural backgrounds”.

China plans to build a mechanism for every country’s benefit and based on respect for everyone’s legal systems, he said.

The China Council for the Promotion of International Trade will work with other international commercial organisations to form a new non-governmental international organisation that addresses disputes, said an official with the council’s legal department was quoted as saying in the report.